Yin-Yang and the Five elements

Yin-Yang and the Five elements

"Taikyokuzu" at right side means the ancient Chinese Yin Yang theory that all things can be classified as yin and yang. 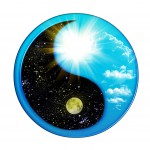 We have a information about Yin-Yang and the Five elements.

If you have any questions about Yin-Yang and the Five elements without hesitate, please telephone us from the following.

What is the basis of Chinese medicine is the Yin-Yang five-elements theory.

The philosophical thought born in ancient China is a combination of different theories such as the Yin Yang theory and the five elements theory.

Depending on the season and time, "yin" and "yang" are considered to change.

Healthy body is not "yin" nor "yang", it is a state where "yin" and "yang" are balanced.

On the other hand, the five-elements theory is a way of classifying everything in the natural world into five elements of tree, fire, earth, metal and water, and five elements are considered to interact and circulate like nature's activities.

The unity of the opposites gives impetus to occurrence,development and changes of all things, which is thought to be the core idea of the theory of Yin and Yang.

According to Traditional Chinese Medicine(=TCM), the five elements(wood, fire, earth, metal and water)are indispensable to the daily of mankind. 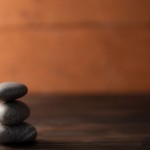 The generation of the five elements is used to expound the interdependent relations between the five vicera.