What is needed in tantra practice is how to awaken the sleeping sexual energy in the body.

It can be said that it aims at liberation.

Yoga is systematized by Yoga Sutra.

The following is described in the Tantra literature.

The sacred ritual is depicted.

On a full moon night, they bathe, apply perfume on their whole bodies, are initiated by a guru, and are led to the constellation.

After that he caresses her whole body and finally praise Yoni.

Many people seem to mistake it for SEX, but it is completely different.

Sexual energy, shakti exchange and circulation are the true sex in Tantra.

From this perspective, it is said that ejaculation is not performed in tantra practice performed by two people.

Tantra considers ejaculation to be exhaustive. Same as China.

Ejaculation is only for reproduction and is a physical substance-level phenomenon.

The mysterious ecstasy that seeks to unite with God, as obtained through tantra practices between two people, is said to be so great as to compare the physical and physical ecstasy normally obtained with SEX.

If they can learn the tantra practice they do, they will be Shiva and Shakti.

❸ Can you reach that state? !

Who and who do the Tantra practices? !

There is also a proposition. Either way, it is not possible at the usual level of learning.

After all, you must be a man and a woman who can control sexual desire.

As already mentioned, do not ejaculate.

If the man wants to ejaculate or the woman is about to reach orgasm, hold his breath and hold it down (assuming it works).

Once ejaculation is reached, orgasm is reached, tantra practice performed by two people is terminated.

Check your final goal, but fill both bodies with Shakti by raising Kundari. Ejaculation, not orgasm.

However, at a mastery level, a great deal of energy is absorbed and stored from outside.

Indeed, they are Gods.

❹ Video introduction to our shop 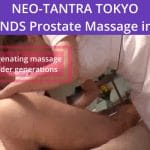 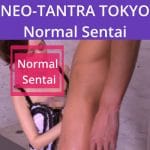 What is Tantra?   ❶ About Tantra Tantra (तन्त्र Tantra) is a scripture of the Shakhtist who pre ...